The Mystery Of The Fretboard. 8 Essential Beginners Tips To Success 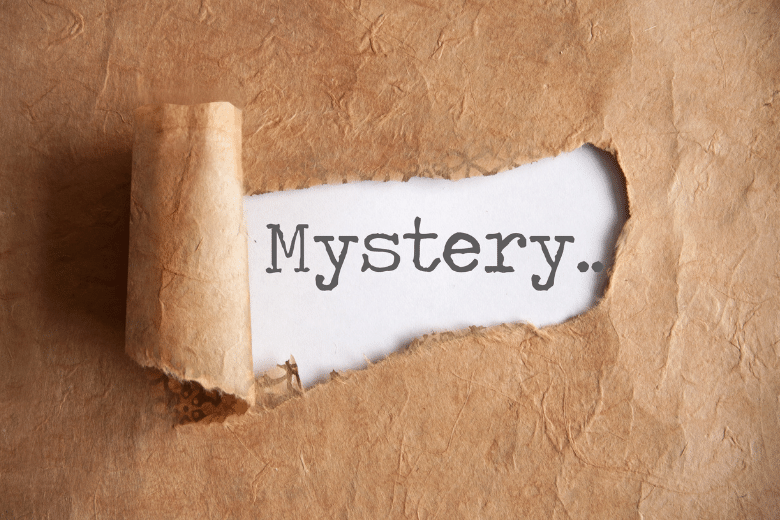 The guitar fretboard can be confusing and complicated for new musicians to navigate.

It can be challenging to remember where all the notes are, what chords they belong to, and how to find them quickly on the guitar’s neck.

That said, my explanations here are based on right-handedness.

Navigating the fretboard becomes second nature with time, and practice.

My name is Lee, and I’ve played guitar for over 25 years. The tips I’m going to share with you are the simple steps I took as a beginner.

Let’s get into it and unravel the mystery of the fretboard!

1- Learn A Catchphrase That Refers To The String Names:

This fundamental phrase provides a shortcut for helping you memorize where all the notes are on the fretboard.

“E A D G B E” are the names of each string from low to high pitch, running from left to right across any particular string.

The first “E” note refers to the open (No finger pressing down on the string) sixth string, or said: The string that is the closest to your face when you are holding a guitar. It’s the thickest string!

The other “E” is the thinnest of the six strings (closest to your feet).

The “A” note refers to the open fifth string, which is directly below the E string.

The “D” note represents the fourth string, and so on, until you get to the smallest gauge string, another E note, but higher pitched.

Scales are a series of notes that span one octave or more on your instrument’s neck (usually twelve notes).

There are several different scales, but we’ll focus on the pentatonic scale.

The pentatonic scale is a good place to start because there are only five different note types, making it easy to memorize. (Penta=5, tonic = tones)!

Fun Tip: Learn the notes in a G Major Pentatonic Scale at the 3rd fret position, and play them over this:

3- Memorize The Notes On Your Fretboard Using Open Chords

For example, if I were to play a G major chord, I would strum all six strings (G B D G B D). So I would know that the notes produced are G B D, and G. If you haven’t seen this kind of graphic before, it’s a view of the fretboard at the top of the neck and the first five frets.

The black dots indicate where you press down with your fingers to form this particular cord, with the other notes open, or not pressed down. 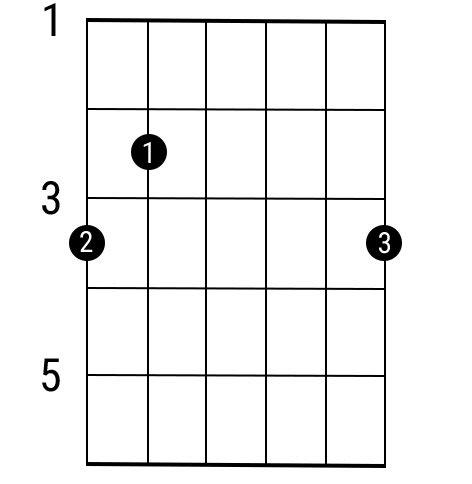 For example, if I were playing an A major chord, I would play (A C E), knowing that the notes produced are A C E.

This will help you memorize where each note is on your fretboard.

After learning three chords, and the notes within those chords, you will already have a much better understanding of what notes go into those chords and, where those notes are.

It becomes more complicated because some notes are called sharps (#) or flats (b), so get to know the notes by their names.

Progressively, you will become familiar with the notes and how the notes on the fretboard are logically arrayed up and down the neck.

The next thing you need to learn is how to play in different keys.

Keys are groups of notes and chords that sound good together.

If you know the notes on your fretboard, transposing or changing music into a different key will be much easier.

To start playing in different keys, pick out songs that are easy to play and memorize their chord forms.

You can find both lyrics to songs and their chords on websites that focus on tabulations or TABS – do a search, and you’ll find several sites that.

List songs where you can click on to see their lyrics and chords. A few will also show you graphics to help you play the chords.

Songs with only three chords are a great place to start. But, don’t worry; there are thousands of songs to choose from. So, first, select a song you love with three chords. One easy example is Johnny Cash’s song, “Ring of Fire” which uses G-C-D.

5- Be Able To Play In Different Positions

Now that you have found some three-chord songs played in different keys, you’ll need to learn how to move the chord forms around the guitar’s neck.

Memorize all the chord forms you’ve practiced, moving from one chord to another. This can take some time, but practice, and in time you’ll be able to change your finger positions easily to form the different chords needed to play a three-chord song.

Remember, take your time. This stage can take a bit of patience, but it’s essential to get it right before moving on to something else.

Every good guitar player has been challenged to develop muscle memory. For example, to change from one chord to another while strumming the strings or fingerpicking the notes in set patterns or sequences.

It’s certainly a good workout for your brain!

6- Be Able To Play The Note You Are Looking For, Immediately

Now that you can play several chords forms in different keys, you need to spot notes instantly on your fretboard. This is especially helpful if you’re hoping to play lead guitar.

So, you’ll need to memorize the notes in chords. Take the time to learn all the notes and their places on the fretboard.

Again, this is not easy for many, so repetition is essential.

Some guitarists will learn better and faster by playing the notes on the fretboard and calling out the names of the notes.

Fun Tip: Use the fret position markers to locate where you need to be quickly.

Mastering this will enable you to move around to move your hands or fingers to the correct positions on the fretboard quickly.

One way to learn is to pick out a single note on your guitar’s neck.

Find that same-named note wherever it may be on the fretboard.

Then practice playing the note in each position all over the neck.

Repeat this multiple times until you can find the note in ALL of its positions consistently and efficiently.

If it were easy to learn guitar, everybody would be doing it!

Start with the note E. Remember, the biggest open string closest to your face is an E note! Find a graphic online with all the fretboard notes and find all of the E notes…..then practice!

Can you find the E note eight times within the frets 0-12?

When you do, play the E notes, say the note out loud…over and over again, until you know where all the E notes are, instinctively, without thinking.

7- Move Your Scales Around The Neck

Now you need to memorize your scales in different positions/keys.

Earlier, we learned the G Major Pentatonic Scale at the 3rd fret position. We need to find those notes in 4 other locations across the fretboard.

Repetitively practice locating each G note on the fretboard and playing them at least eight times within one scale position.

Take your time, this can be tedious work, but it makes spotting notes much easier when playing songs in multiple keys.

Now that you have the knowledge to play in any key. Rehearse playing songs using different chord forms and instantly locate a note on your guitar’s neck.

The only thing left to do is practice.

There isn’t a great musician on this earth who didn’t put in over 10,000 hours of rehearsal time. Well, unless you’re a complete natural!

After practicing these steps for a while, you will find yourself spot notes much easier when jamming along to your friends. And, when someone says, “This is in the Key of E,” you’ll know how to play along with them.

Once you possess this skill, you’ll never stop playing. There is no limit on what you can do once you know how to read your fretboard.