What Is An Audio Interface? Everything You Need To Know 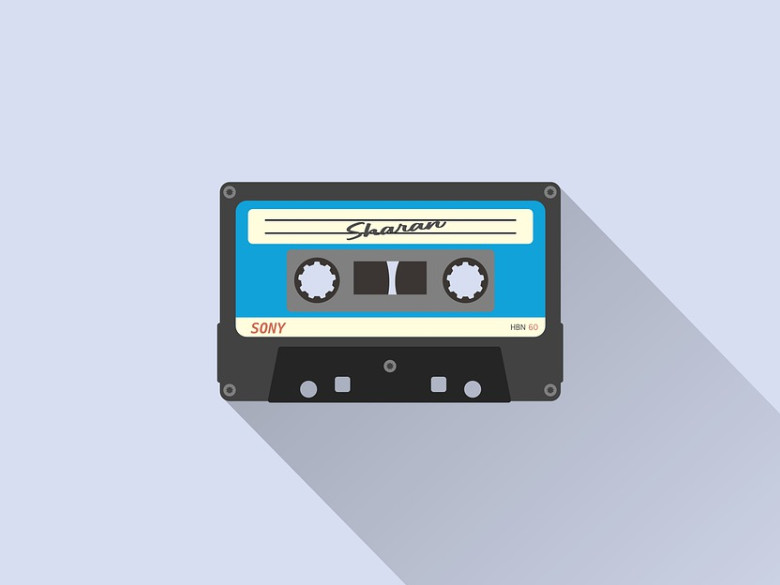 So, what is an audio interface and why do you need one? Being artistic and creative is super beneficial for the soul and wellbeing.

Whether you’re just starting out playing your own music, or you have a few songs under your belt, the next step in your musical career is learning how to record yourself playing.

To do this, you need a special tool called an audio interface.

Read on to learn everything you need to know about how digital audio interfaces work and how to choose the right one for your recordings.

What Is An Audio Interface?

The Simplest Explanation Is:

It is important to note that many computers still have sound cards that are used for basic speaker and headphone functions, but they do not provide the necessary inputs for instruments and microphones that you will need if you wish to record.

What Does An Audio Interface Do?

As mentioned above, an audio interface manages the sounds coming and going from your computer when you are recording.

For instance, when you strum your guitar or sing into a microphone, you are producing a sound wave or signal that travels by cable into the interface.

The audio interface takes that information and turns it into a digital format that can be used by your computer, allowing you to break the sound down and edit it using a digital audio workstation, or DAW on your computer.

Likewise, when you’re editing or adding new tracks to your recording, you will want the ability to playback. This process is also handled by the audio interface (aka a recording interface), which takes the digital recording from your computer, converts it back into an analog signal, and sends it out to your monitors or speakers.

Do I Need An Audio Interface for Recording?

Whether or not you need a digital audio interface for recording depends on what equipment you currently have.

These days, some microphones and other music cables come with a USB attachment that already has an audio interface built-in. If you have a device like this, you may be able to plug your device straight into your computer and start recording.

However, most people do not have adapters or cables with a built-in interface for their guitars or other instruments.

Besides, the built-in audio interfaces used in these cheaper microphones and devices will not give you the highest quality recording.

The true audio interface offers you a variety of controls and options. This helps you get the best sound into your computer the first time, whereas built-in interfaces are simply made to transfer sound for basic voice recordings.

Ultimately, if you want to make high quality recordings of yourself playing music, it is worth the investment to get a real audio interface to work with.

What Else Can An Audio Interface Do?

Aside from converting your analog sound signals into digital files for your computer, a quality audio interface can also perform a handful of other tasks.

So you can get the sound and balance you’re looking for during the recording process. This is done with the help of pre-amplifiers and other components that are only found in an audio interface, built for this purpose.

Another helpful feature in your audio interface. It can take tracks you’ve already recorded, and play them back to you while you record another layer on top.

This allows you to build tracks on your own whilst ensuring you’re synched in time. In the early stages, this playback can help you practice with a backing track or experiment with additional tracks that you may want to record later on.

Some digital audio interfaces also provide phantom power to condenser microphones and MIDI control slots for keyboards and other MIDI devices. They can also manage multiple playback streams with headphones and studio monitors

What Is The Best Audio Interface?

The best audio interface for you will largely depend on the type of recording you wish to do, but as you are doing research, you should be paying close attention to the various input/output configurations available.

At the entry-level, there are many affordable audio interfaces that provide two channels of input, usually for a microphone and instrument. However, high-end products can have dozens of inputs for recording many instruments and microphones at once.

If you plan on recording yourself playing and singing, you may only need two inputs. But if you have a whole band to record at the same time, it’s probably a good idea to look into extra inputs of various types to cover all bases.

Another consideration when choosing your interface, is whether you plan on plugging your instrument directly into the input, or do you plan on using your own amplifier and pedals?

If you require it for the latter, you will want to use the line in function of your audio interface. If you decide to record directly from your instrument, you will still have the opportunity to change the sound in the DAW to add effects later.

Finally, when choosing an audio interface, you need to know what kind of input your computer can accept and what type of output the device is using.

Each of these connection types has its own advantages and disadvantages, but your computer is likely already set up to handle one or two. PCIe is a card-based standard that is not available on laptops, whereas USB is universal.

If you do not have the proper connection, you may need to purchase an adapter to make your audio interface work with your computer, laptop, or tablet.

How Do I Compare Audio Interfaces?

After you have decided what kind of inputs and outputs you want, the next step in choosing an audio interface is comparing the other features available.

For instance, an audio interface with a 48V button is made for handling condenser microphones. Microphone pre-amps are also an important feature if you will be recording vocals or instruments from microphones that do not produce a strong enough signal on their own for recording.

In addition, you should check whether the interface is balanced or unbalanced. An unbalanced interface may save you money upfront, but it can also cause ground loop problems and interference if you aren’t careful.

It is often better to spend the extra money on a balanced option so you don’t have to worry about this while you’re learning.

The ‘sample rate’ is another key feature to compare. A higher sample rate means that your interface is taking more snapshots of the signal you produce, and sending more information to your computer.

This ensures that the recording you make is accurate and of high quality. A lower sample rate may cause your recordings to sound less “full”.

Finally, you will want to look at ‘latency’ and whether the interface has a direct monitoring function.

Latency refers to the delay between the note being played, and the time it takes in getting back to your headphones or monitors. If the latency is too long, it can become difficult to stay in time with your recording.

The Direct Monitoring feature allows you to bypass the computer, and hear yourself in real-time while you are recording, ensuring you stay in perfect time. This is especially useful for recording vocals.

How Much Does An Audio Interface For PC Cost?

As mentioned above, audio interfaces come in a wide range of configurations and sizes, which means that their price can vary widely.

Fortunately, a small two-channel interface with a basic USB connection usually starts around $100 and can go up to around $400.

As you increase the number of inputs and the quality of the outputs, you can spend several thousand dollars in added features, but that is not necessary to get started with your first recordings.

How Do I Start Recording With My Audio Interface?

Once you have an audio interface, the recording process is fairly simple. First, you need to connect your audio interface to your computer and open your DAW software to confirm that the computer is receiving sound.

Connect your instruments and play a test track to make sure everything is working properly.

When you’re ready to start tracking a song, simply create a new track in your DAW and start the recording.

Play the song as well as you can the first time through. When you’re done, listen to it and see if there are any problem areas that need to be fixed or played over. If so, you can re-record the same instrument multiple times and splice the tracks together to create the best version of the song.

When you’re done with your instrument, you can add your vocals or other instruments in new tracks. Use the same process by playing back what you already recorded, easy!

As you get more comfortable with this process, you can adjust the gain and other features on your audio interface to create a more personalized sound in your recordings. You can also employ effects like delay and reverb to give your music a more finished sound.

Here’s a really helpful video on how to use an audio interface:

As you can see, an audio interface is an important component for any budding musician who hopes to record from home.

Audio interfaces come in many sizes and styles, but there is a wealth of entry-level options that will allow you to get started recording right away with just a USB cable and the instruments you already have.

You should now have all the information you need to shop for an audio interface to suit your recording needs.